This is the first time I played with Xentry.

Xentry xdos: xentry diagnosis for 12/24v using partd aka C3 (obsolete), sdconnect aka C4, ecom, xentry connect aka xentry kit 2, and bosch vci aka xentry kit 3
Xentry passthru EU or USA: xentry diagnosis using J2534 passthru devices e.g: mercedes passthru vci (12/24v), avdi, vas5054a (12v), drewtech MongoosePro (12/24v) and many other J2534 compatible devices.
Almost all J2534 compatible devices. From expensive VXDIAG passthru to a 15 bucks X-horse toyota vci. But FORD VCM II rotunda, ACTIA and Mongoose works best.
Invest in a Ford VCM, it will work for JLR, Toyota, Honda, FORD/MAZDA, GM, few others with a ini modification and off course MB pass thru.
China re-flash VCM to work for Maserati and Ferrari.
MB VCI is so similar to VCM.
I’ve tried a few passthrough modules today – feedback below:
VXDiag VCX Nano for TIS (Toyota Techstream).This was on the latest firmware (1.5.5 from memory) and in passthrough mode it initially looked good showing voltage but then when trying to connect to the car after ticking the ignition box in Xentry an error from the VXDiag is raised saying “Error License for Function: BENZ” and then Xentry throws an error. The device is licensed for Passthru and Toyota so it seems they prevent this from working in the driver. I’ve mailed Allscanner to see if it’s a device or license limitation.
OTC VIM for Toyota (think this is actually a Bosch device).Unfortunately even with the passthrough driver Xentry didn’t see the car voltage and just throws an error saying voltage is too low.
Volvo DiCE.This actually works quite well and sees most modules – a few said they couldn’t talk to the car ECU so guessing there’s a protocol missing but overall it ran through the quick test and got the info I needed (ie software versions).
I’m wanting to update the firmware of the NTG5s1 and from what I’ve read you need a DOIP device to do it so I’ve got a VXDiag C6 on the way – from what I’ve read here and elsewhere it’s slower than the other devices but should do the one off I need.
I’ve got a W212.001 so DAS has it as a prototype and errored out – not sure if that’s because of the Volvo DiCE module so will see how it behaves when the C6 and disk arrive. Hoping I can sort some firmware out.
I actually took the car to a local Merc specialist yesterday and paid £120 for them to do it but when I got there 3 hours later they couldn’t do it – I’m guessing because they had an old non DOIP SDConnect so instead of messing around I’ll try and do it myself!
Now, I’m thinking of another Chinese SD connect supporting DOIP:
http://www.obdii365.com/wholesale/doip-sd-c4-plus-sdconnect-c4-diagnosis.html 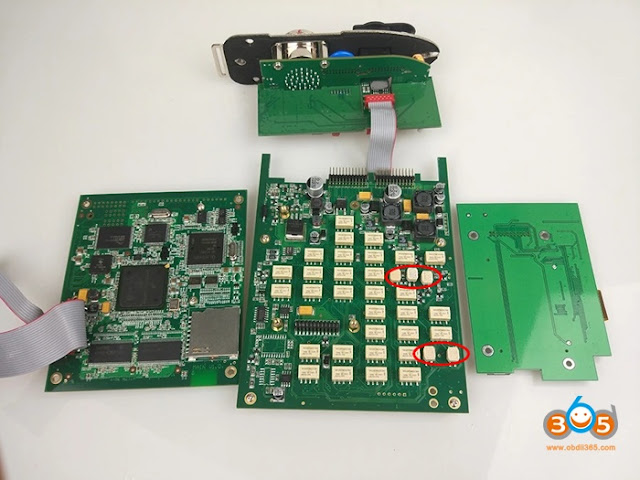