Getting Techstream up and running can be a bit of a pain. Hopefully this helps someone get started quickly. 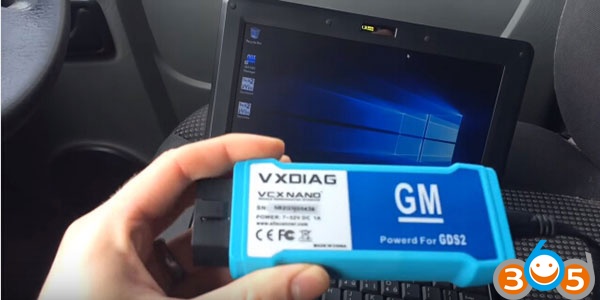 Difference of the two:
With MINI VCI cable, for the most part they work. On some cars they will not be able to connect or cause error codes.
The VXDIAG VCX Nano uses it’s own firmware. It connects and reads codes much quicker than a Mini VCI cable.
Step 2: Download VirtualBox for Your Operating System:
– Windows: http://download.virtualbox.org/virtualbox/5.2.4/VirtualBox-5.2.4-119785-Win.exe
– MacOS: http://download.virtualbox.org/virtualbox/5.2.4/VirtualBox-5.2.4-119785-OSX.dmg
Step 3: Install VirtualBox Software You Just Downloaded
– Windows: Double-Click downloaded file
– MacOS: Double-Click downloaded file, run installer
Step 4: Download TechStream Image:
– MEGA link: https://mega.nz/#!fsEizJyC!aH_2a1hQnX6LpicDS1Bq-gEKVEU57cotd3_QesN2_M0(TechStream 12.20.024-v2 .ova)
Step 5: Double-Click downloaded file.
Connect & Enjoy.
Operating system tips and guides:
Vista, Win7, 8 and 10 do actually have 32bit versions available
They are often preinstalled on cheaper mini laptops and the like.
The retail versions of the OS often gave you the option to install either the 32bit or the 64bit versions.
The drivers for the cheaper listed cable says it only supports XP and 7 however.
Its no doubt possible to get it working in later OSs though, but it could be painful.
If in doubt though, Virtualbox should do the trick.
Reasons to package everything into a virtual machine image:
– Security: Everyone’s essentially running cracked versions of TechStream from an unknown source. There’s a non-zero chance of ransomware slipping into one version. Running the software in an isolated virtual machine is a layer of security here.
– Portability: The software only runs on Windows. Using a virtual machine image allows the software to run on virtually any computer.
– Access: The software ships on CDs (sometimes mini-disks). Lots of laptops don’t have CD drives, and any ‘slot-type’ drive won’t accept mini-disks.
– Ease: Drivers for the two popular cables are pre-installed with a recent version of TechStream. It’s basically just download and run.
That said, if you are running a Windows machine and can follow the instructions included by the seller, there’s no reason you *have* to use a virtual machine.
Techstream VMware questions and answers:
I noticed with my ’98 LC that I don’t have a ton of settings that I can adjust, is that what others are seeing?
For example, I’d like to adjust my wiper delay and keyfob unlock settings, but it looks like they’re not available. Is there a list of accessible settings for each year of vehicle?
I don’t have very many settings in my ’02 LX.
I have a Mac. Have you tried that interface with Apple?
I successfully run this setup on a Mac with the VXDIAG VCX NANO Toyota interface
Working with AHC pressures?
I am able to read the AHC ECU (And All ECUs for that matter) using the VXDIAG OBD-II interface. I also purchased a Mini-VCI cable and was unable to communicate with the AHC ECU, but had no issue reading the other ECUs. Again, possible I just had a bad Mini-VCI cable.
In the linked image above, drivers for both interfaces are pre-installed.
Anyone have any experience with the wired vs wireless OBD interface? I’m wondering if its worth an additional 50 dollars for the VXDiag version.
I’m not sure if you’re referring to the VXDiag model I linked to in the OP. If you are, it isn’t wireless. I’d probably just purchase the Mini VCI cable first, and if that works for you, perfect. If it doesn’t, return it within 30 days and buy the VXDiag if necessary. It’s the techstream software that’s doing the heavy lifting, so theoretically (if they are both good cables), each will give you identical functionality.
I only purchased the VXDiag because I was having issues reading AHC trouble codes, and those two interfaces use different drivers.
What exactly does Techstream allow us to see/modify?
For LX, and LC owners with AHC, Techstream allow us to see AHC pressures + trouble codes. Even without AHC it allows everything from basic ‘check engine’ light diagnosis, key programming (May only be 04+?), and adjustment of some settings like ‘roll down my windows when I unlock the car’ — the adjustable preferences differ with different model years. Not too many on my ’02 LX, but I believe the folks with newer LC/LXs have more options.
Does Techstream get into ABS codes?
YES, it does.
http://blog.obdii365.com/2019/11/04/download-techstream-v12-vmware-for-vxdiag-toyota/