Download and Install JLR SDD in a Virtual Machine 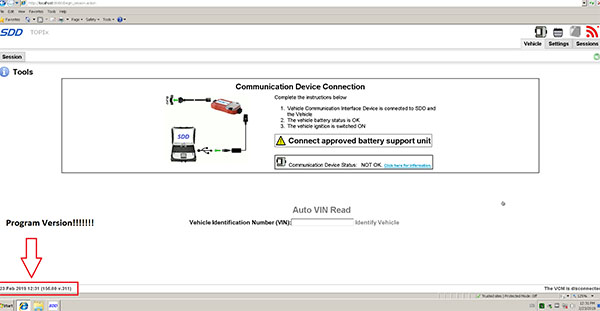 Land Rover-Jaguar SDD VMware.
JLR SDD download: https://mega.nz/#!dFVF3CqD!wPsCBxQWmAhkgumPkqSCEImJ4GTDTiRc1vOXkDRgWi8
Activated, not tested with interface.
Please use Vmware 15 , when open first time click I moved.
VMware v15 download: https://mega.nz/#F!5Zsw0KLI!GI88kqwLmRJo8iiOA4i0FA
Latest vmware 15 pro with activation included.
Free for all.
The advantages are simply that you don’t have to spend hours installing on old past their prime laptops with dodgy batteries liable to die while your flashing something on your car. Also i have included Mongoose toolkit in the VM that will auto flash the correct firmware into your cable for the version of SDD your using.
These can be ran on any system that can also run Oracle’s Virtualbox. That includes Windows, OSX and Linux machines. You don’t need a particular beefy laptop either.
For sake of security, tested SDD is your way to go.
JLR SDD diagnostics & programming – tested OK!
http://www.obdii365.com/wholesale/jlr-sdd2-for-landrover-jaguar-scanner-programmer.html
JLR SDD diagnostics – tested OK!
http://www.obdii365.com/wholesale/jlr-mangoose-pro-for-jaguar-and-land-rover.html
JLR SDD online programming – tested OK!
http://www.obdii365.com/wholesale/jlr-doip-vci-sdd-for-jaguar-land-rover.html
Related videos: