I got a friend who made a Nissan Qashqai 2017 smart key with obdstar x300 dp plus but after key programming the first key stop working and the second one don’t work either. 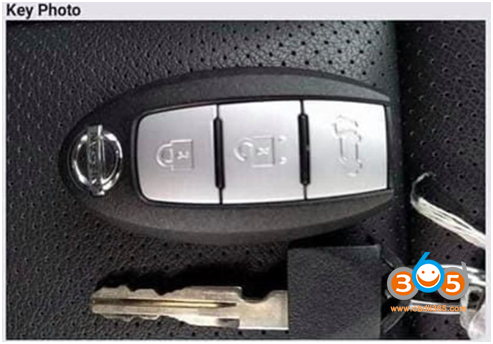 The issue is when you delete all keys at the start of the add key process the ECU’s with those part numbers go to sleep and basically don’t wake up again.

BCM Immo box on most behind the glove box. Check the code on front and proceed with caution. If any doubts, send it to the dealer.

If you can read ECU flash and eeprom. Send dumps to experts to extract SKC from them. Then learn SKC to blank BCM with other tools.

Or BCM from dealer and OEM diagnostic.

There are some BCM part numbers that key programmers (obdstar, smart pro) warn you not to progam keys to because it will brick the BCM.

Those are the well know BCM part numbers and affected software versions.

Pay attention to BCM part numbers listed which can be damaged by PIN reading – it is risky attempting to program keys on these BCM variants! Part numbers affected are:

Don’t touch these vehicels if vehicles messed up goes to dealer you have provably a $2000 pound bill. Not worth the risk.

Mechanical keys / flip are not affected by this , these are safe to do , this only affects the proximity keys, all region affected. And even the main dealer tool kills these as well, no tool can do an affected unit not even consult, this is why the dealers had a technical service bullitin warning them of this issue and the new parts required to sort the car. New engine ECU, new BCM, new steering lock is required.

If they find an affected BCM they must have to replace it before the key learning. If the car is already killed they will need engine ecu (because the dealer can not virgin used ecu) bcm, and 2 keys plus online coding with Nissan Consult.