This is for those who’re looking for a Durametric cable but don’t know which one to choose, the Enthusiast kit or the Pro kit.

Part 1: Which Durametric do pp use? Enthusiast or Professional
Hella:
I have the Durametric Enthusiast and wish I had bought the pro. The Enthusiast lets you run all of the diagnostics but lacks most of the coding which would be beneficial.
My impression is that the other port tools are limited and not as developed.
Petza:
I have Durametric Pro and it’s good, but seems like there are some things on my 09 Cayenne Turbo S that it won’t do, like bleed the PDCC hydraulics. It works great on my two 05 997s though. The other option some of the Cayenne guys like is the one from icarsoft, so maybe compare those 2 and then make your decision.
Bruce:
I have the Durametric pro… Durametric allows you to grab and record live values…. so you can track all kinds of information that is way beyond me…. so you can see what is going on inside the ignition/timing system, sensor values, etc. as you drive. I am a novice so I don’t understand this stuff but I gotta believe it is important if you are going to diagnose engine problems.
Smitten:
I have the Durametric pro. It seems the older the car, the better it works. On my 997, it’s great. On my 981, it’s ok but is prone to freezing. On the 2017 Cayenne, it crashes regularly and can’t do everything it can on other models.
Jellonailer:
Now a proud owner of Duramtric Pro thanks to my awesome wife.
jkw:
I originally purchased the Enthusiast model and then realized I needed the Pro. I called the company and they gave me 100% credit for returning the Enthusiast towards the purchase of a Pro.
JDS:
Coding requires the Pro version, like enabling side markers as blinkers, using the key fob to courtesy open or close the windows, etc.
Part 2: Differences: Durametric Enthusiast vs Professional Kit
There are two main differences between the Enthusiast and Professional Kits:
(1) The number of cars supported:
The Professional kits support an unlimited number of cars. The Enthusiast kits support up to three cars only. The limitation of the Enthusiast kit is based on the car’s VIN – not model.
(2)The Coding and Command Console features:
Beginning with Durametric version 6, Durametric supports the Coding and Command Console features. These features are included with the Professional kits only.
The Coding feature provides for the ability to enable or disable predefined features in the car such as airbags, daytime running lights, cruise control, and the rear spoiler where applicable.
The Command Console feature is a means of communicating with the control units using very low-level communications. This feature is very seldom used.
source: durametric.com 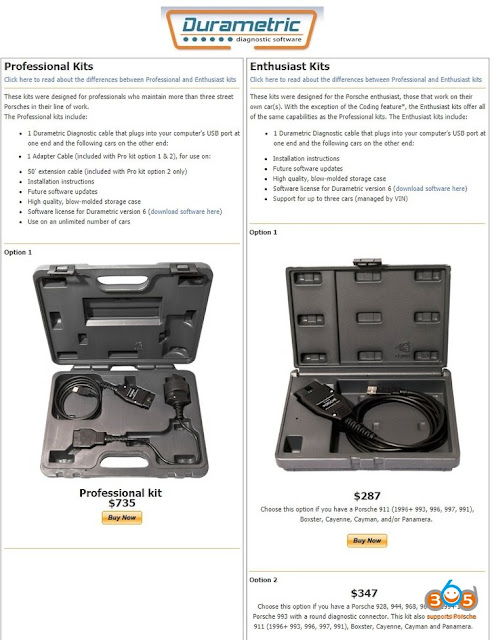 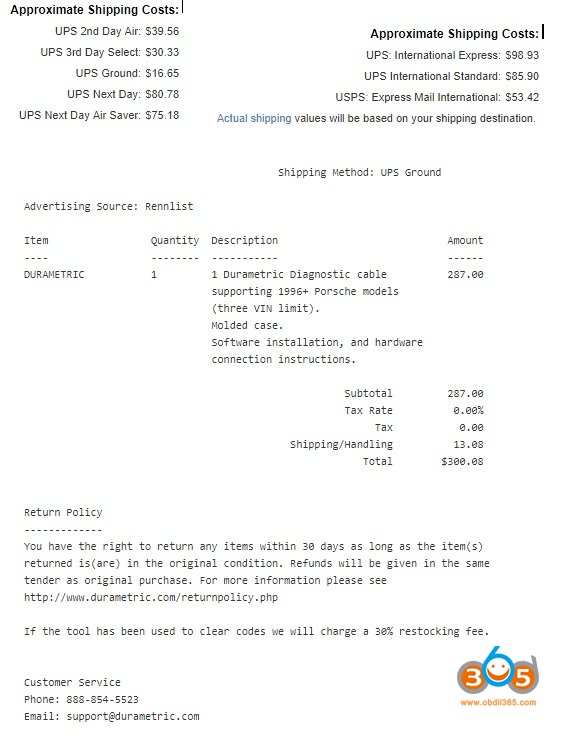