Downloaded Techstream 12.00.127 and installed
Purchased this Mini VCI Cable at $16.

Drivers installed, I can see the cable, I can connect to the car when its in “ON” mode (two button presses without touching the break) but the customize button is not there.

Any ideas? What am I doing wrong?

User 3:
I loaded Techstream 12.00.127 and USB drivers, and I can read ECU’s all day, but I can’t edit the settings/not able to customize. In pictures and videos I watched there is a customize button, but that area is blank on mine. Any help is appreciated.

I turn the ignition ON (engine off) and when I connect it doesn’t auto-detect the truck, but I can select 2017/Tacoma/Engine type/Smart Key so the version seems OK, and it does read the ECU data. 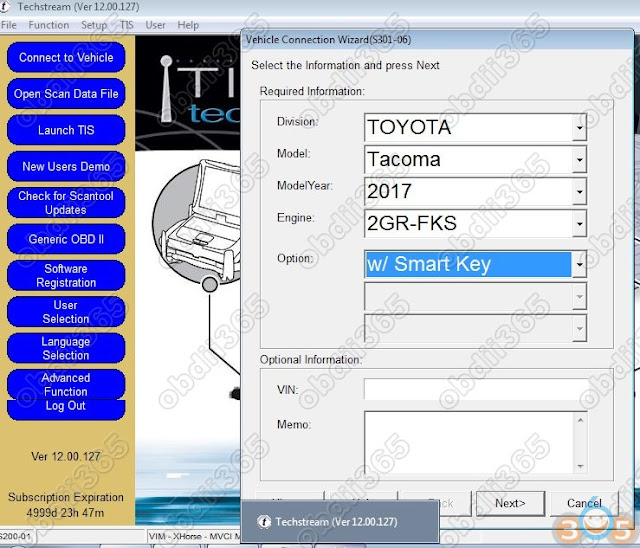 Selecting the ECU I want to edit – shouldn’t there be a customize button in the red markup circles?

The missing “Utility” and “Customize” buttons were there, and I was able to register the IDs for the TPMS sensors for my winter tires. I could see the new IDs, and it was picking up the pressure and temperature from them, so that all seemed to work. I also browsed through the Customize options.

Conclusion:
It is software (software crack) issue not the hardware. 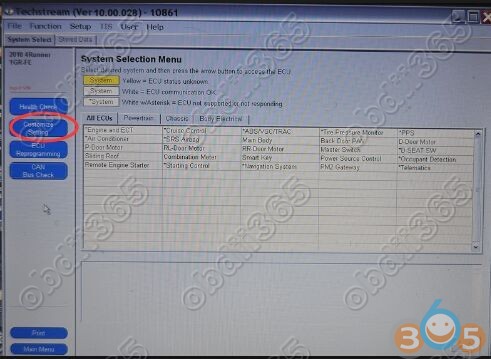